Established in 1979 under the leadership of the municipality and officially produced in 1982, BESAŞ Public Bread Plant produces 70 million pieces of bread annually and meets 20% of the city's bread needs. The main aim is to be a balance element in the market by producing quality, healthy, hygienic and economical bread and bread varieties, bakery products, milk and dairy products to Bursa people.

Taking into consideration the work of academicians and experts related to the sector, new product works are also given direction.Within the context of the Food and Nutrition Business Association Protocol signed between Bursa Metropolitan Municipality and Uludag University on 23.01.2012, Besas Bakery Products Research and Production Center has a closed area of 1000 square meters with an investment of 3.000.000 TL so it has an analysis laboratory, roll bread laminating line, rotary furnaces, matador furnaces, resting room.

It has started its production activities on the date of 11.03.2014 with the most advanced machinery and equipment of today. This facility has a production capacity of 7,500 rolled breads per hour.

BESAS has invested in the Dairy Products sector in accordance with the company's aims and targets within the scope of Bursa Metropolitan Municipality's support for agricultural development.

Besas Keles Dairy and Milk Products Facility started its production activities with the most advanced machinery and equipment of today with 6000.000 TL investment. It has 30 tons milk processing capacity in one shift and targets in 3 shifts 60-70 tons Daily milk production Keles, Orhaneli, Büyükorhan and Harmancık region and to contribute to the prosperity of the region by providing business opportunities to the region and started its activities with the official opening on 9 November 2013.

The controls of the raw materials used as inputs to BESAŞ, where all procurements are made through a tender in a transparent environment, are carried out by the Food Engineer and the Food Technician who are equipped with technological equipments (Farinograph, Extensograph, etc.) in their own laboratories.

The most distinguishing feature of our company is that it does all its investments with its own resources without using any public resources and distributes profit to its partners every year. It also sponsors the educational, cultural and artistic activities of the city of Bursa. It is one of the 250 largest companies determined by the Chamber of Commerce and Industry of Bursa. 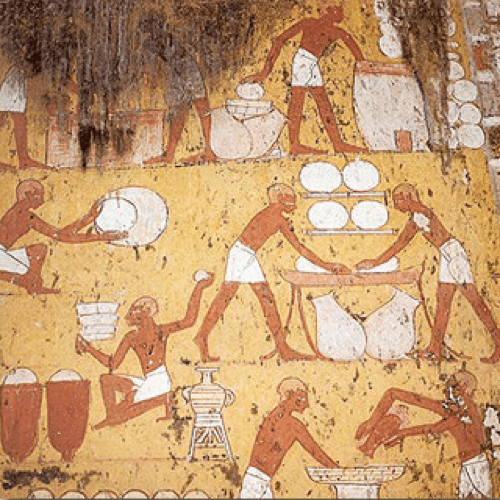 The date of bread is as old as the history of the civilizations. Bread is the oldest and most important food material known to humanity. In Turkey, 66% of the energy consumed by people in their daily lives is from cereals, 56% of which is met by bread alone. Mayan bread was discovered by Ancient Egyptians. In almost every case and ceremony in ancient Egypt, bread has been regarded as a great blessing. In the Ottoman Empire period various laws were taken about bread and bakery. This law is the first application of "Standardization" in the world . These principles are discussed in detail, such as inspection of baking bread, pricing of bread, quality of materials used and weight.

In 1979, all bakers in Bursa made a strike and the needed bread of our city was met by the surrounding district and nearby provinces.

In order to prevent these troubles in Bursa and to meet the need for quality, healthy and economical breads and at the same time to provide competitive environment and price stability in the market, it was decided to establish BESAS in the same year by the local managers.

The company was registered with the Turkish Trade Registry on 13 July 1979 and was formally established in the Organized Industrial Zone (on-site) with a management of 1.000.000 TL capital, 9 members of the board of directors and 3 members of the supervisory.